The Washington Area Lexus Dealers have been proud supporters of Children’s National Medical Center since 2000. We are proud to have partnered with Lexus for ten years, more than $1 million raised to support the patients at Children’s National.  It has been a priority of the Washington Area Lexus Dealers (Lexus of Rockville, Lexus of Silver Spring, Lindsay Lexus of Alexandria, and Pohanka Lexus of Chantilly) to support Children’s National because of the impact it has on the lives of thousands of children from the Washington metropolitan area.  Lexus continues to be dedicated to the Pursuit of Potential, a philanthropic initiative that supports organizations that help build, shape and improve children’s lives. 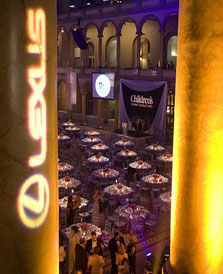 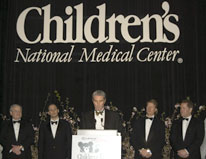 Over the past ten years, the Washington Area Lexus Dealers have donated more than $1 million to Children’s National Medical Center. As parents, many Lexus employees have seen first-hand the difference Children’s National makes in the lives of families.

The Washington Area dealers understand and value the importance of giving back, and want to do their part in helping Children's maintain ongoing research, treatment, education and outreach. They hope their support can help further facilitate the great work that is being done, and help make a difference in the lives of their patients and families.

Lexus began its commitment to Children’s National in 2000 as a club sponsor for the hospital’s premier social event, Jazzmatazz. After 3 years of club sponsorship, Lexus became the title sponsor in 2003 and has been so ever since. And while the name of the event has changed to the Children's Ball, Lexus' support has remained constant. 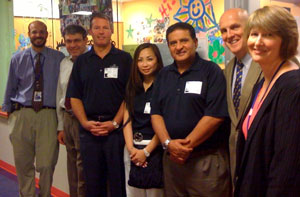 Lexus supports children’s charities throughout their dealership locations. The community can further support the Children's Ball by purchasing sponsorships to attend the event. All proceeds go to Children's National.

Children's National Hospital has more than 50 pediatric subspecialties and is a 501(c)(3) nonprofit organization. Your contribution is tax-deductible to the extent allowed by law. No goods or services are provided in exchange for your generous donation.
111 Michigan Avenue, NW Washington, DC 20010
Contact Us: 1-301-565-8500